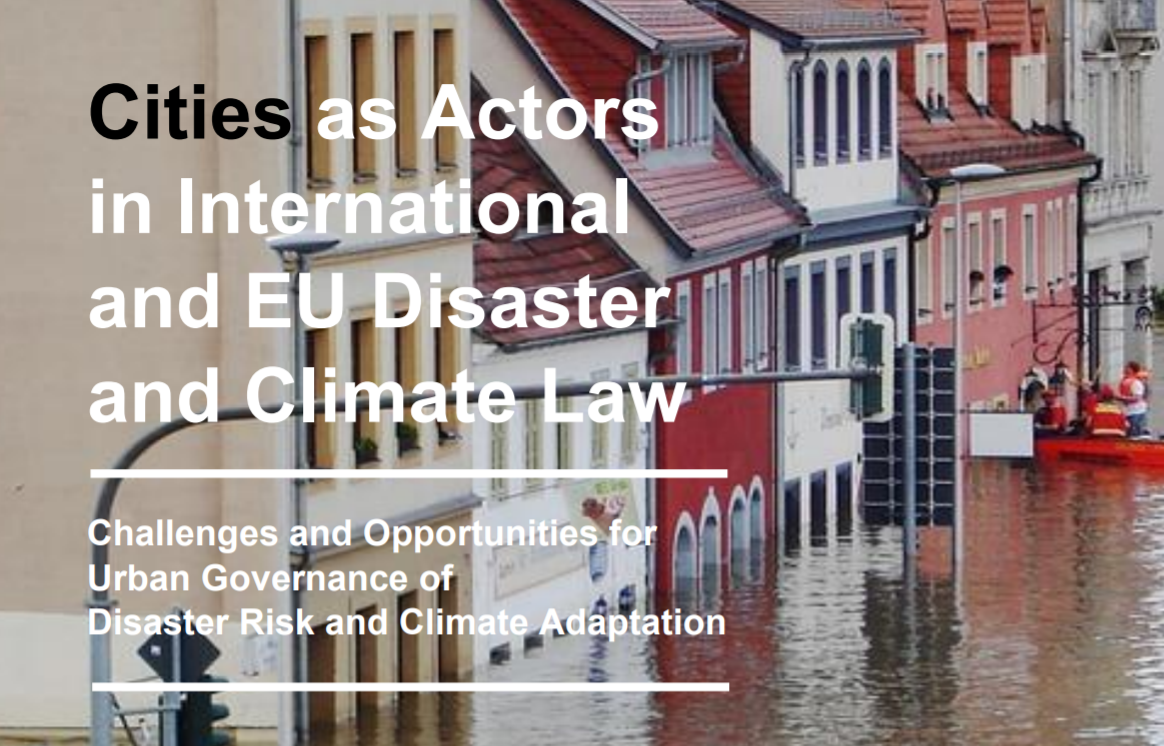 On Friday 17 December 2021, at 11:00-13:15 CET, join the webinar ‘Cities as Actors in International and EU Disaster and Climate Law – Challenges and Opportunities for Urban Governance of Disaster Risk and Climate Adaptation’, organized by the University of Groningen in cooperation with the DILAW4EU Jean Monnet project.

This webinar will explore the role of cities and local authorities as (legal) actors in the implementation, articulation, translation, or localization of International and EU Disaster Law. It is well known that international and European law has typically focused on States and international institutions as key (legal) actors; yet, around the world ‘cities’ and even ‘mayors’ are increasingly standing up as important players in shaping national and transnational law and policy-agenda’s. This certainly applies to the sphere of international disaster law, disaster risk reduction (DRR) and climate change adaptation specifically.

Moreover, in many cases, it will be local authorities, rather than national or international authorities, who are responsible for the adequate implementation of relevant disaster-laws on the ground, and in playing an important role in effectively protecting human rights of ‘their’ citizens, including through climate adaptation activity. This webinar explores the role and place of cities and local authorities in agenda-setting, in the implementation of hard and soft disaster law and climate adaptation frameworks, and in influencing and shaping legal discourses.

It will specifically focus on local or regional actors’ engagement with and implementation of several key international or European disaster law frameworks, such as the UNFCCC and Paris Agreement, human rights, the EU Civil Protection Mechanism, UN SDGs (2015), UN Sendai Framework on Disaster Risk Reduction (2015), UN HABITAT III New Urban Agenda (2016) or the ‘Urban Agenda for the EU’ (Pact of Amsterdam, 2016). The latter Agenda for example also acknowledges ‘that EU legislation is to a large extent implemented in Urban Areas and has direct and indirect implications for Urban Authorities’, whilst moreover, EU legislation may have conflicting impacts at city level or meet with local difficulties of implementation. The EU’s Urban Agenda is therefore expected to contribute to the design of new and revised EU regulation so as to ‘better reflect urban needs, practices and responsibilities’.

The webinar will thus raise the role and place of cities and local actors in contesting, implementing, and shaping international or EU law in response to local realities, and as part of transnational legal discourses.

Panel 1: Cities as  Actors in International and EU Disaster and Climate Law

This panel discusses the role(s) and place(s) of cities and local authorities as legal actors in the sphere of international and EU Disaster Law. How do they engage with, shape, influence, help implement, translate or contest disaster and climate law in or through transnational fora?

This panel conceptualizes and discusses the realities that cities and local authorities face in governing and delivering on global DRR and climate adaptation commitments locally, such as the Sendai Framework on DRR, HABITAT III New Urban Agenda, UNFCCC, Paris Agreement, or human rights law protection.

Flyer and link to the webinar available here: Programme Webinar – Cities as Actors in International and EU Law 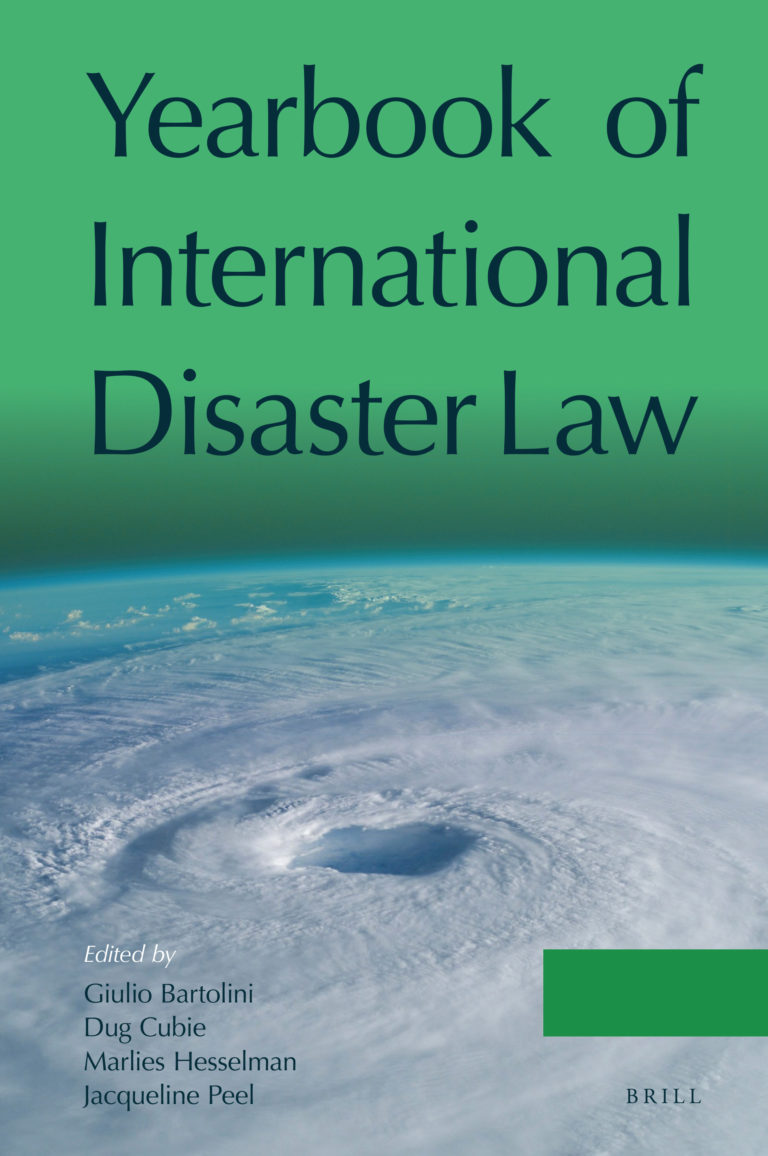 At the occasion of the launch of the Issue No. 2 of the Yearbook of International Disaster Law, published by Brill, the Editors, in cooperation with the ASIL Disaster Law Interest Group and the Jean Monnet Project DILAW4EU, are pleased to organize the webinar “2020 A Year of Disasters in Review – Legal Assessment under… 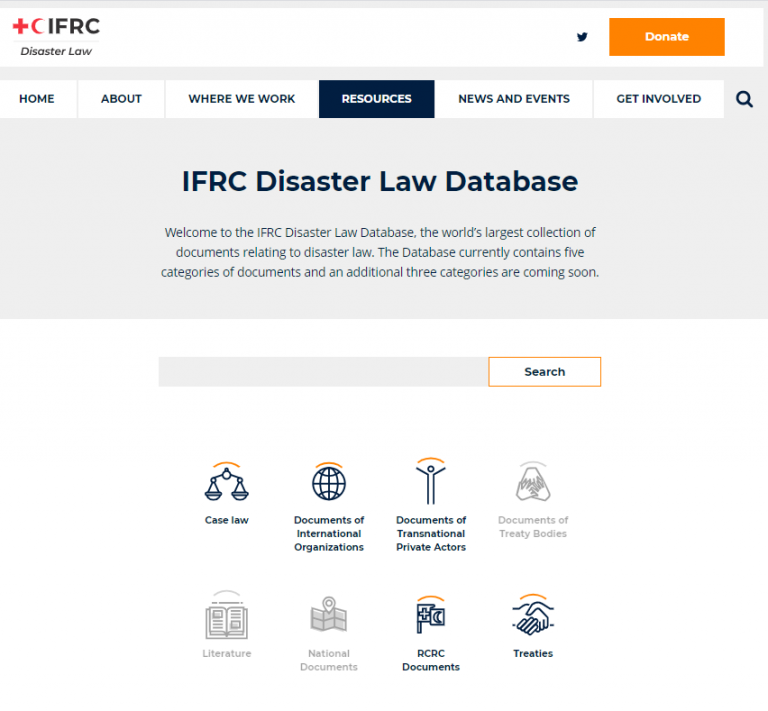 On 30 June 2021, at 15.00 CET, join the launch of the newly published IFRC Disaster Law Database, the world’s largest collection of documents relating to disaster law, developed in cooperation with the Jean Monnet Project ‘Disseminating Disaster Law for Europe’ with the support of University College Cork and the Universities of Canterbury and Victoria. On… 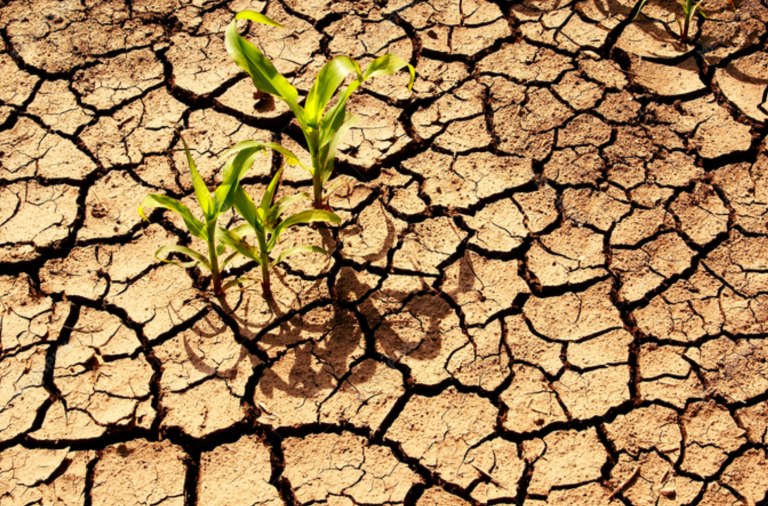 On 13th July 2021 (h. 10:30-12:00 CEST), join the webinar organized in cooperation with DILAW4E on “Law and Policies for Strengthening Climate Resilience: Enhancing Normative Integration between Climate Change Adaptation and Disaster Risk Reduction”. Topics covered by the webinar include: global findings on law and policies for climate resilience; Sweden, the Sendai Framework and climate…